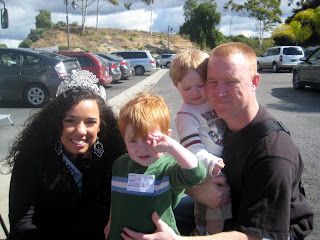 Yesterday, I met up again with an old place I had once had an event at. It was the American Red Cross blood drive at the . My mom and I arrived at around 11 o clock and were surprised to find out that there had already been around 20 people at the blood drive. It was neat to know that there were already people working hard for the blood drive and that people were so willing to help save others’ lives by giving up only 30 minutes of their own time for it. Because it was so incredibly windy, my mother and I covered ourselves in blankets and made sure to push the desks out in the sunlight so that the guests coming in would be able to stay warm while they waited. I also made sure to consistently offer food and beverages to them so that they would not be faint or dehydrated when they went in for testing. We had several mothers and fathers bring their small children to the table, who wanted a picture with me and it was so cute to talk with them, find out their names and hear the cute little sayings they wanted to tell me. I absolutely love little kids and how eager they are to discover people and/or things that are new to them. For example, when it came to one of their parents giving blood, a little girl came up to me and asked me how long her mommy would be giving blood and if it would hurt and how old she would have to be until she was able to do the same thing. I think that’s how a lot of goals are made. When you are younger you see someone that you want to be like or someone that does something you want to do and you set your mind to do it and that’s how often you get a goal in your life. That’s why it is important to be an example for younger generations today because you just might be their inspiration for something they want to pursue when they are older. 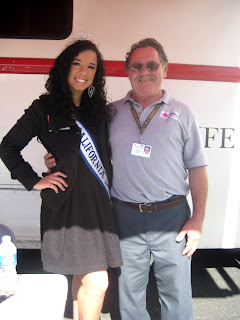 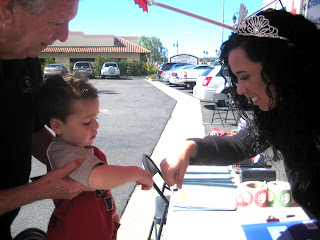 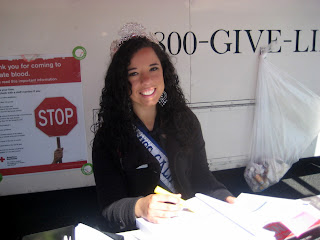 Posted by Mercedes Harvey at 9:26 AM