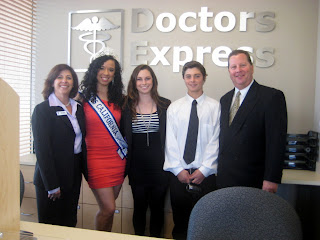 Yesterday evening, I went to the ribbon cutting of Doctor’s Express in with my sister queen Miss Regional California Teen Achieve Rebekah Burger. This was Rebekah’s first event as queen and I was so happy to be able to open her eyes to the pageant world and be there to help her experience what being a queen is all about. We arrived at around 3:45 roughly, which was 15 minutes before the event actually started and this way we could meet the employees and Rita Harper who was the Oceanside Chamber of Commerce ambassador that had invited me to the event. But I had no idea just how much fun this ribbon cutting would be! One of the nurses, Lisa, took Rebekah, my mother and I on a tour of the new office. There were 5 exam rooms, a X-ray room, a lab, two offices and a break room. I was so intrigued by everything that she showed us because I, being a human biology major, need to be internship at a clinic, or urgency care center like Doctor’s Express and so everything in the lab and exam rooms were things that I will be working with soon. Lisa let Rebekah and I try on the X-ray lab coat and see the equipment and tools in the laboratory. Then I made a fascinating discovery! When I was explaining to Lisa why I found this so interesting (because of my major) and how I want to be a cardiac surgeon, she turned and said that she was going to be a cardiac surgeon herself until she was in a terrible accident. She told me how she has worked side-by-side with cardiologists and surgeons and had seen so many things that had made her want to forever work in that field. I was in shock-this amazing woman had started the path in life that I want to follow! I wanted to talk to her more, but then we were all ushered outside for the ribbon cutting with the chamber of commerce. Miss Oceanside Princess Elise Cruz had also arrived and was able to take the pictures for the ribbon cutting with all of us. It was so much fun to meet all of the guests and to introduce myself to them and learn about how them. Later on, Jonelle Guy, Miss Teen Oceanside Princess arrived and was able to take pictures for the ribbon cutting put on by solely Kari, the woman who owned the actual clinic. I was able to talk to her about a possible internship a Doctor’s Express and she said that Yes they actually have one and I just needed to contact her and we could talk about it. I was thrilled! Before we left, later that evening, Lisa gave me her contact information and told me that she would be able to help me to meet that I needed to meet. It seems to me that finally the doors are being opened and that this might be the greatest opportunity I have ever been given. 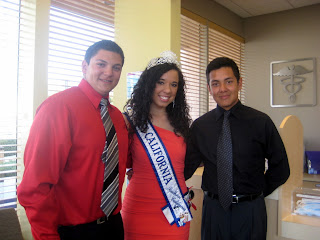 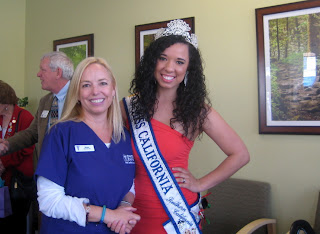 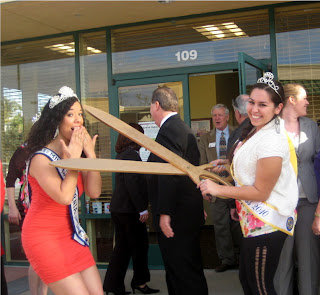 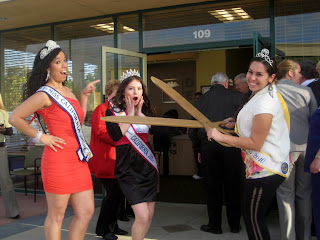 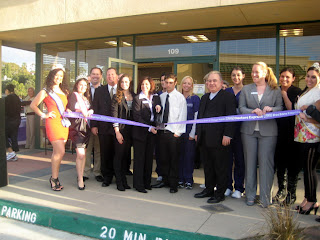 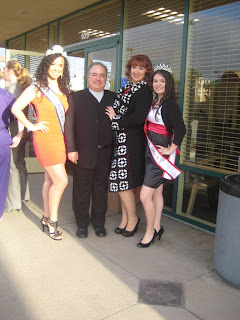 Posted by Mercedes Harvey at 9:39 AM