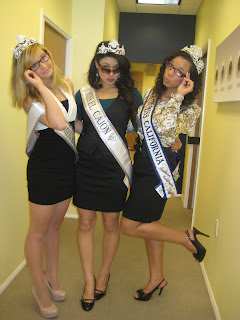 Last week, I had the grand opening for the East Coast Family Optometry. It was my second to last ribbon cutting and I was so excited to have even more memories with the East County Chamber of Commerce, queens, and the wonderful people of . When my mother and I arrived, we were instantly felt welcomed.. They were vendors setting up tables, to sell specially marked brands such as Gucci, Juicy Couture, and Versace, as a gift for those who came to support the new management of East Coast Family Optometry. The old owner of the business was retiring after working there for nearly 40 years and was turning over ownership to a young doctor and his wife. They were the nicest people and were excited to show us around their store. The past owner himself was quite a hoot however. He took one look at me and Miss El Cajon (who had arrived) and said “I’m not quite sure if I want to retire now!” I was really happy I got to meet someone like him; he definitely knew how to bring a smile to anyone’s face and make them feel comfortable in any environment. His wife, on the other hand, was a very classy lady. She told me that she didn’t understand why her husband would be retiring, because she completely thought he could most likely last for a couple more years. It was really funny to see how much the two loved each other and could be so sarcastic with one another at such a mature age. Sherral and the rest of the East County Chamber of Commerce were also so happy to see me, because they too will be sad when my reign is over. They were at the event and thanked me for driving all the way down to once again. It is such an honor to know all of these great people and I think that working with them will be the one thing that I miss the most about being queen. 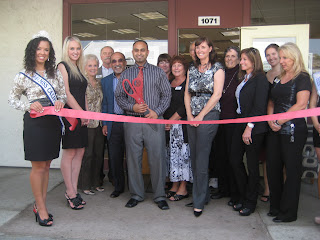 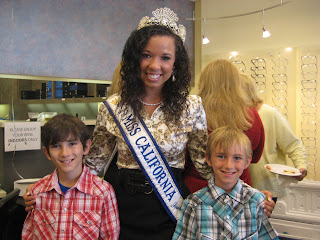 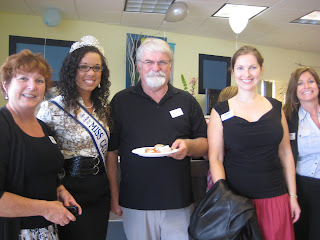 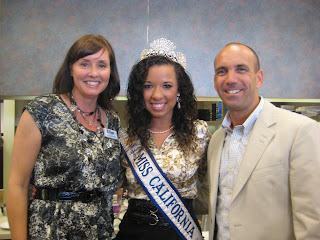 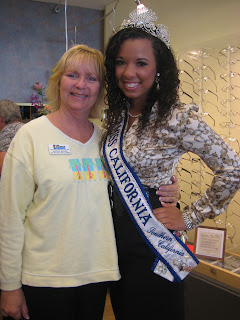 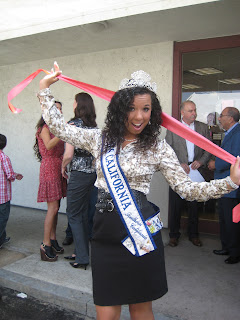 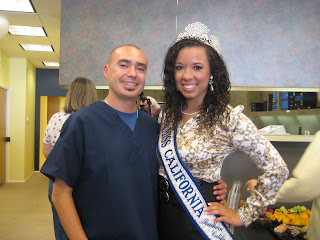 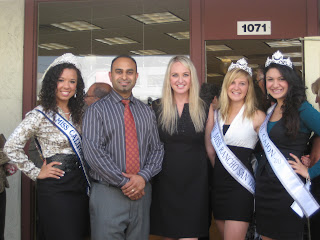 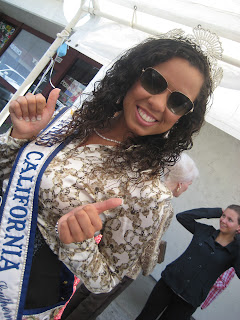 Posted by Mercedes Harvey at 8:27 AM