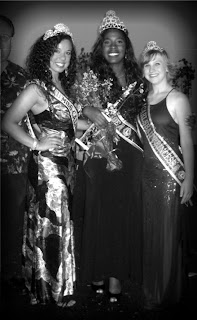 Last night was the Oceanside Pageant. For those of you who have been following my blog posts from Day 1, you might recall that the Miss Oceanside 2010 pageant was my very first event. I was there to see the crowning of Lauryn Moses and Demi Mundo, who over this past year, have both become two of my closest friends and pageant sisters. This year, I went to watch them both give up their titles and root for two of my own friends that were in the pageant this year-Vanessa Okafor and Elise Cruz.  Vanessa Okafor is a Miss Teen Vista princess and was actually borrowing one of my evening gowns-while Elise Cruz, for those of you who know, was giving up her title of being on the Miss Oceanside court. When I arrived at the pageant, I saw Rebekah Burger, my Miss Regional California Teen Achieve, and her mom.  Rebekah was looking beautiful, and I was excited to see her, and be able to experience a second pageant with her. During the pageant, Lauryn and Demi gave both of their farewell speeches and I found myself tearing up. Not only had both of them put a small thing about me in their speeches, I realized just how much little time would go by before I would be the one up there giving my farewell speech, trying not to cry as I talk about experiences in my past year or the friendships I’ve made. It was a very emotional moment, for all of the queens there. When it was finally time for the conclusion of the pageant, I clenched Rebekah’s hands and burst into screams and jumping up and down when I heard Vanessa Okafor’s name as the new Miss Oceanside 2011! And Elise Cruz was announced as third princess for Miss Oceanside. It was so exciting to me to see that both of the girls I was there rooting for, had been crowned royalty and now have a fabulous year waiting for them ahead. It was truly a moment that brought back so many memories, and reminded me that there will be many more to come. 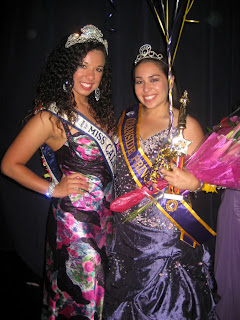 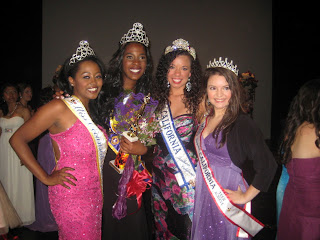 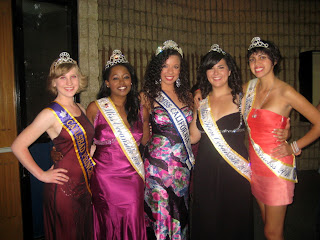 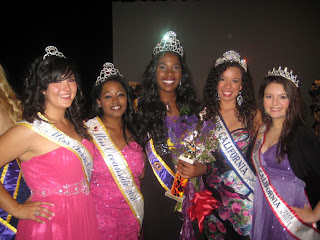 Posted by Mercedes Harvey at 7:28 PM