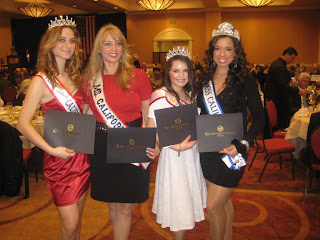 On January 9, 2011, I was awarded, along with 200 other people, the Governor’s and First Lady’s Award given by Governor Swarchenegger and First Lady Maria Shriver for outstanding community service. I was chosen to be awarded this great honor along with Marlene Martin (my director), Rebekah Burger (Regional California Teen Achieve), and Korinna Kaplanis (Miss Southern California Teen Achieve). Not only was the 9th going to be the day that I was awarded this, but it was also my 17th birthday! Two great things in one day! When I first arrived at the Double Tree Hotel ballroom in , I was asked to help set up. I placed the day’s schedule on every person’s chair as well, as making sure every guest was given the proper treat. When more people began to arrive, I put on my crown and banner (as we were instructed to do) and met a lot of other queens:  Miss and Miss Teen Bonsall, Miss California International, Ms. , Miss Dream Girl, Miss Teen Dream Girl, and many more. It was such a honor to meet all these amazing girls and be able to learn more about their pageant, and the service they did to even receive this award. When the program started, we first did the National Anthem, prayed for our food and then were served a delicious three course meal: salad, chicken, and a vanilla/ cherry cake. They presented the awards while everyone else ate. Susan Jeske, the woman who put the entire operation on (who also works for the President of the ) had Jeff Simmons as well as Anna Bryson smiled and posed with each recipient.  When it was my turn, I turned smiled at the camera, and received my award. I saw my parents smiling proudly and clapping for me, and it was probably one of the greatest moments in my life. After the awards were all handed out, I made an effort with my sister queens to go around and take lots of pictures with as many people as possible because this was a once in a lifetime event and I didn’t want to miss a thing! Even after everyone had left, I was asked by a woman to come and sit down and say a message to our troops. She was in charge of her own new station and the message I would say would be broadcasted on Channel 12 as well as be given to our troops overseas! What an honor?! You can never know exactly what will happen to you, each and every day, for each day is a new day and a new adventure. If I had left early, I would have missed my chance to be interviewed or meet the amazing people that I did. Because of giving my time, I was not only honored with a once in a lifetime award but also with the chance to meet such amazing people that will forever change my life. 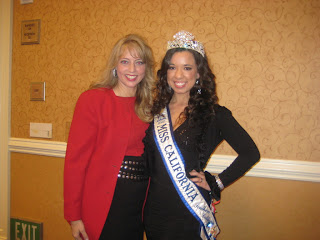 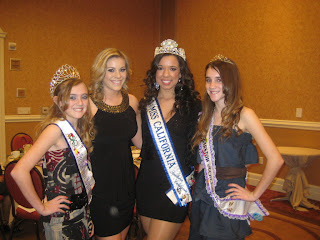 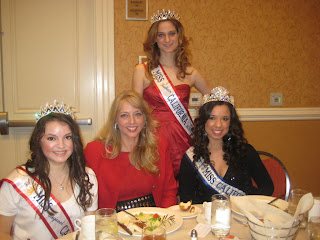 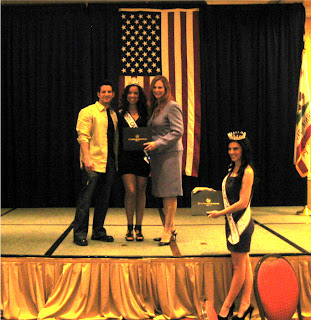 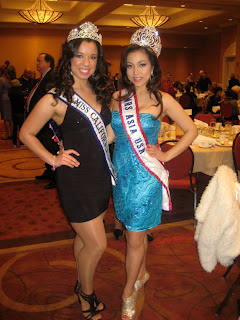 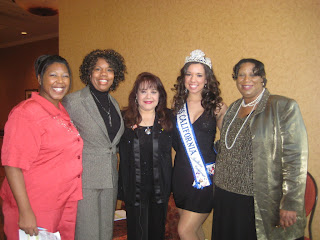 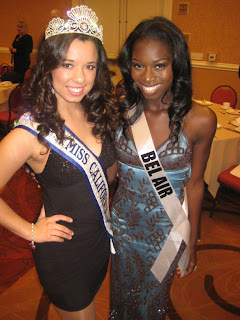 Posted by Mercedes Harvey at 10:27 PM