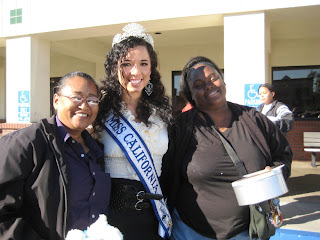 This morning, the Salvation Army invited me to their Volunteer Appreciation breakfast. Because of the amount of people that had volunteered for the East County Toy and Food Drive, as well as those that helped make it happen such as driving trucks to pick up toys and such, as well as ringing bells in front of stores such as Wal-Mart and grocery stores throughout the East County. It was so great to see all of those volunteers there and to know that they had helped make the east county toy drive successful. There were some awards given for people that had worked 60 hours and above! The director had his kids walk over to every person that received an award and hand them a cookie tin and a certificate. The most touching moment in the entire breakfast was when the director gave a older gentleman a trophy of a salvation army bell engraved in honor of the man’s wife who had passed away. She had raised over $11,000 for the Salvation Army by being a bell ringer in front of Wal-Mart for many years and this past Christmas had taken ill from working out in the cold and ended up passing a few days after the holiday season. It was so sad to hear the story about this woman, and see how distraught and sad  her husband was. But what was most amazing was that this woman cared so much for other people and the children that she was helping raise money for food and toys for, that she put herself and her own well being as a lower level of importance. It really made me think-do I serve people this way? As queen, do I get more caught up in myself and the things that relate to me than I do about the people I should actually be serving and helping? It was a really humbling thought and really taught me that sometimes helping other people is more important that anything. Because a simple act of kindness from you could save someone’s life and give you a fulfilling purpose in your own. 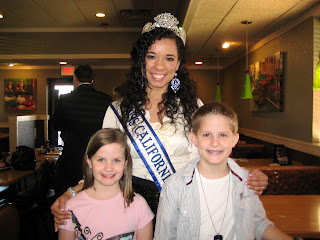 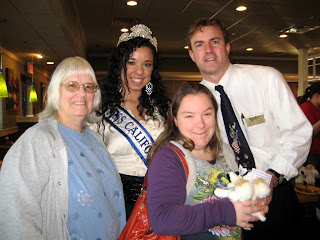 Posted by Mercedes Harvey at 8:40 AM