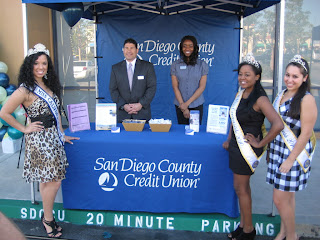 This past weekend, I went to the San Diego Credit Union Ribbon Cutting in . I was the first queen to arrive at the bank, with my dad, at around 10 am. There were already a lot of people that were at the bank and I couldn’t wait to go and meet them. When I first arrived, I introduced myself to the manager of the bank who had a list of people that were “V.I.P”, and although I wasn’t on the list, he apologized and quickly put me on.  Then I saw that on the list, Miss Oceanside 2010, and Miss Oceanside Princess 2010! I was so excited, I haven’t seen Lauren or Elise (the queens) in such a long time, it would be such a treat to do an event with them. I went around, inside the bank and introduced myself to all the bank managers. The mayor of , the designer of the bank itself, and a few other very important people were at the event and were so pleased to talk to me. I even saw Ron Cook, photographer, who is a good friend of mine and I was so happy to see him there. When the other queens arrived, we hugged and talked for a bit until we were all called out to the front of the beautifully decorated bank and told where to stand. Both of the royalty stood on one end of the ribbon, while I stood on the other. Ron, instructed us on how to pose and smile for the pictures so that he would be able to get a lot of us just smiling and then some of us cutting the ribbon. I really love how comfortable he makes everyone feel, and how his personality always makes people smile-which is perfect for pictures. After all of us had been photographed for several minutes, I turned around and began to just talk with a few councilmember’s and people I hadn’t met yet. It was so amazing to see just how happy and thankful they were for having me there. Being queen has taught me a very valuable lesson about support. When you are going to support a community, what matters most is the fact that you are actually there. It’s not always about giving money or gifts: because sometimes the most important gift is just you being there. 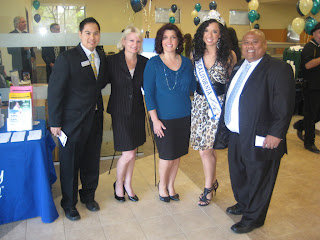 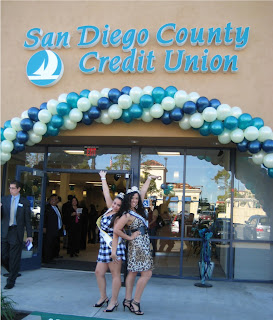 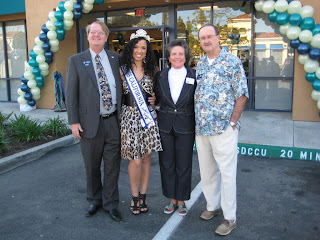 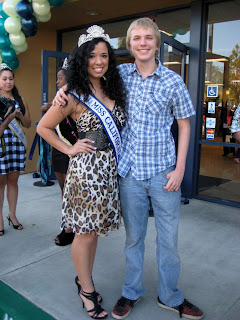 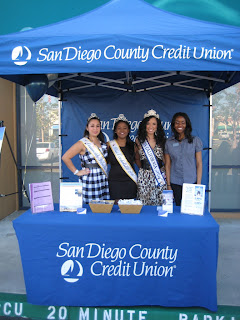 Posted by Mercedes Harvey at 9:06 AM