Volunteering at the Homeless Shelter 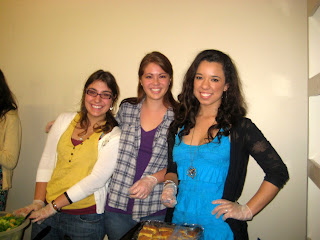 This past weekend, I volunteered at the Homeless shelter in downtown with the men and families of the bible study that my dad attends. There were about 30 volunteer ideas and we were expecting around 60 homeless people. I came with both of my parents and my friend Lisa at around 5 pm. There were a few people scattered throughout the small building and we went to put the dishes (cups, plates) that we had brought into the room where we would be serving dinner. The woman from the Salvation Army (who worked at the shelter) told all of us volunteers what our jobs would be and how we were supposed to interact with the homeless people that came in. Lisa and I, along with a few others of the young adults, decided to be the “dinner ladies” and serve out the food. Then, all of the volunteers gathered together to pray and talk about their families. It was really neat to hear everyone’s story. I found out a few of the people had even been close to becoming homeless themselves so this touched a real close nerve for them. When the people began to come in I was surprised to see how young a few of them were. Some were even so nicely dressed and clean cut that I would have never thought of them as homeless if I had seen them on the street. It made me realize just how thankful I need to be for the life I have, because there aren’t that many things that separate me from those people. They were all so kind and thankful for us being there and I felt bad that we didn’t have more to give them. In fact, we nearly ran out of food because we got a lot more people than we were expecting. I definitely want to volunteer more with the homeless shelter because these people need our help and it’s the least I can do-to help feed them. And how neat would it be to help save someone’s life, by simply handing them a piece of bread. 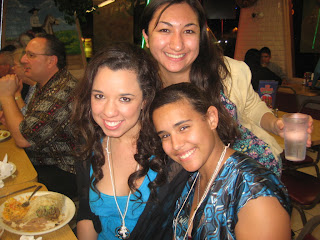 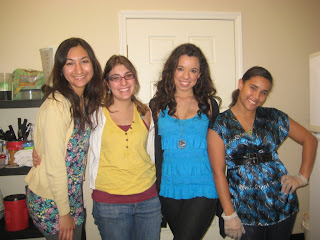 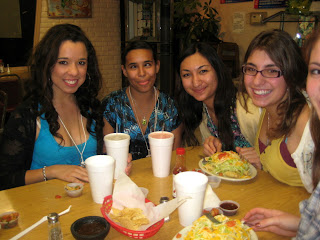 Posted by Mercedes Harvey at 8:10 AM