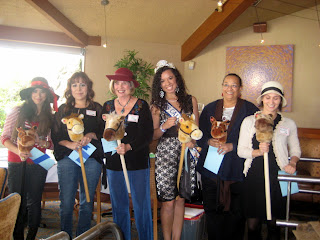 On Saturday, the 26th of March, my mother and I were invited by Jacquie Dutchover the volunteer recruiter and manager for the Southern California American Red Cross to come to the key volunteer appreciation lunch at the Charthouse in . They were having a contest for the biggest and craziest hat and so my mom put together a giant Shamrock hat, made from the leftovers and scraps from our car decorations in the St. Patrick’s Day Parade. It was quite outlandish and a bit difficult to balance on her head once she was finished. When we arrived, my mom in her giant shamrock hat and me in my crown and sash, there were probably only around 10 volunteers that arrived before us and were taking their seats on a long dinner table that was right in front of a giant window with a crystal clear view of the ocean. We signed in at the front and were given our nametags and a raffle ticket for the prize drawings that would be going on later. Because the theme of the dinner was “races”, all of the seats were given a colored card that correlated with the name of a “horse” on a list. For example, if I was given a red card I would be on the team of the horse “ChargeNurse” for a particular race. For each race there were “jockeys”, and these were chosen by certain guests finding blue cards under their seats telling them what race they would be in and which horse they would be representing. Turns out, both my mom and I were jockeys for two different races and discovered that our “race” consisted of us lining with the other red cross “jockeys” with a horse on a stick that represented our “racehorse”. With all of us laughing, and moving forward based on the number called off a dice, we competed to see who would win the race. Ironically enough, my mom and I both won! When lunch was finally served, all of us volunteers sat back down at the tables and ate as the numbers were read off the raffle tickets to see who would win the prizes. Jacquie had kindly made it to where every volunteer would win a prize! I won tickets to the San Diego Symphony and my mother won tickets to a Harbor Cruise! There was not a dull moment the entire afternoon and by the time it was over, we had had the best time. It was so kind of the American Red Cross to thank all of the volunteers in such a lavish way and make it so fun at the same time! All of those early morning blood drives, or drives out in the hot sun for hours on end were definitely worth it. There is always a reward for hard work. 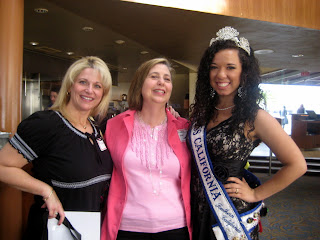 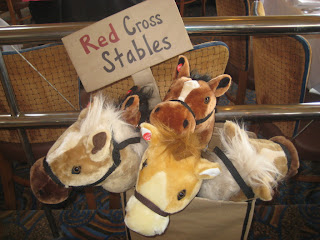 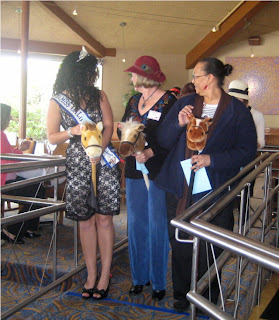 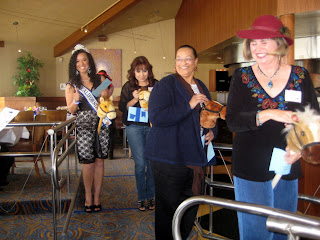 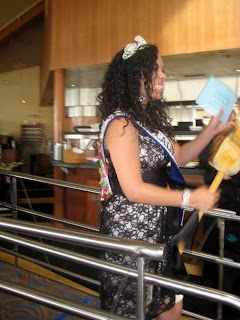 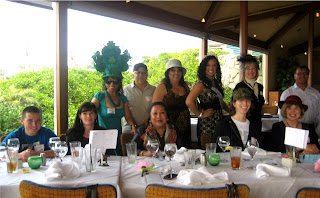 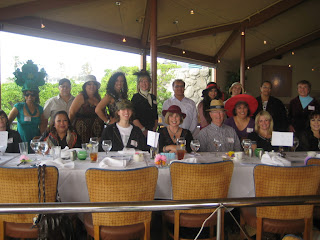 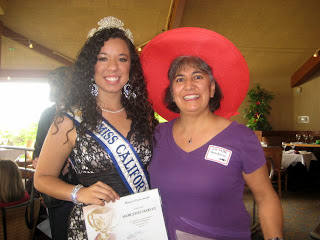 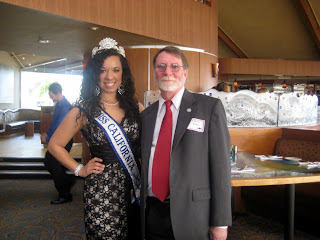 Posted by Mercedes Harvey at 7:03 PM